That didn’t happen though, because the Earth is round.

HOW-ever. One cool and rainy night in Quito, one bus trip, one border crossing and one stolen camera later I found myself in Popayan, Colombia.

I ended up in a lovely little hostel, run by this Spanish guy Borja, his Romanian girlfriend. It is located right at a park in the center of town, where pretty old white colonial buildings dominates the scene. As soon as the sun started to set the first day I realized I had ended up in a street food paradise. One night quickly turned into four while I enjoyed excellent Colombian coffee, got familiar with the Colombian night life together with staff and fellow travelers at the hostel, and, well, overfed myself with this super tasty street food.. etc. etc.

I find Colombians absolutely awesome. It’s the kind of people that sit down next to you on the bus and immediately starts a conversation, ask you to join their table to share a bottle of Aguardiente in the bar (a kind of local vodka) or enthusiastically try to teach you salsa, even though you’re a hopeless case. All with a big, fat smile.

Then destiny took me to Cali, the third biggest city in the country. I had now been without camera for almost a week which had turned into a pretty painful experience with so many interesting things going on around me.

The amount of DSLR cameras (and lenses) to be found in Colombia impresses no one. Neither the variety. However, I was lucky enough to find something very similar to what I had lost, even though my dear lens that was attached to it will be difficult to replace in a while. But I was happy – not much else you can be in a country so full of smiles. 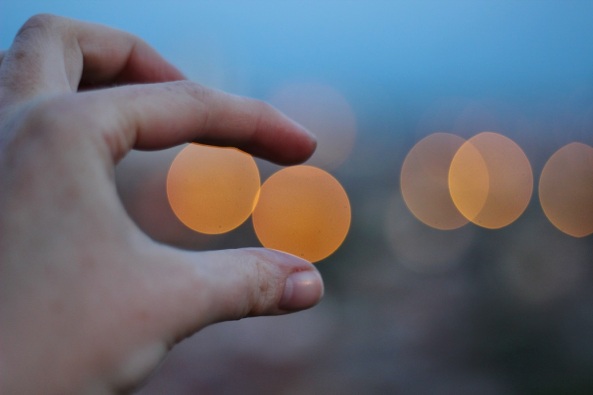 (Playing around with my new buddy)

The purchase was done the very last day of 2012 (ehh yeah, I should indeed try to speed up my updates). That night I joined the New Year’s celebration at my hostel in San Antonio. The end of the year and the start of a new is really no big deal in Colombia, and most natives celebrate with a calm family dinner at home. Being a city with over a million inhabitants I had expected some pretty impressive fireworks, but… no. I’ve seen more mind-blowing fireworks in my quiet little home town deep in the forests of northern Sweden.

Watching the non-excistent fireworks in the streets of San Antonio 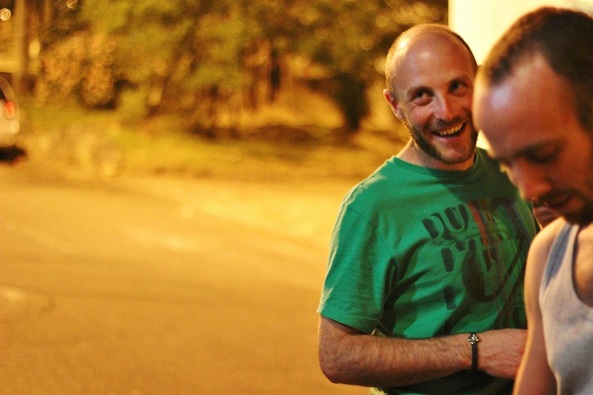 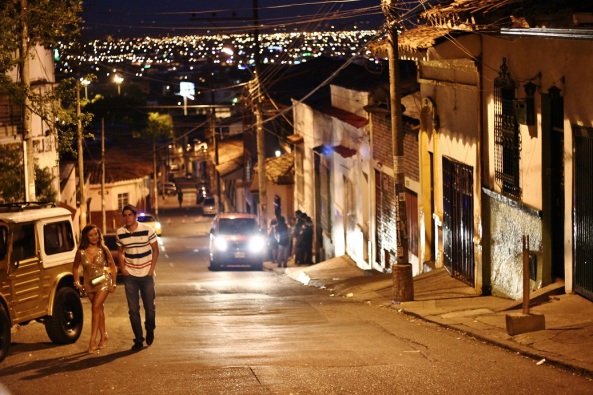 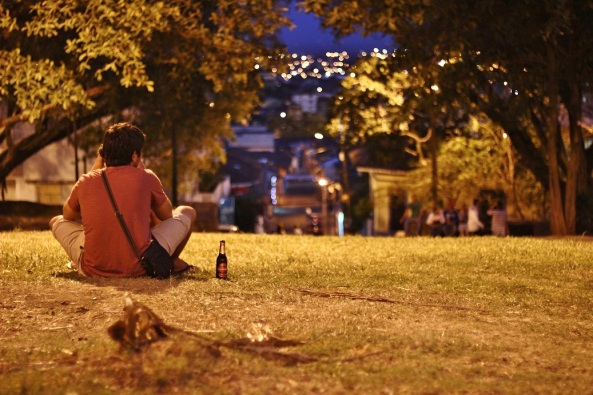 Anyway, in the middle of the cheering and hugging, of reasons I can’t remember, I felt like I needed to get away from the crowd for a while which brought me to a little park above the hostel. There I randomly bumped into Oscar – the Colombian artesano guy who had left the Amazon to try his luck in the big cities by selling self braided bracelets and the more dangerous possession of joggling and doing tricks in traffic lights. He only spoke a few words of English and my Spanish was still really crappy, but somehow we ended up sitting there on a park bench, communicating nonstop in a weird mix of different languages and gestures until the sun rose. 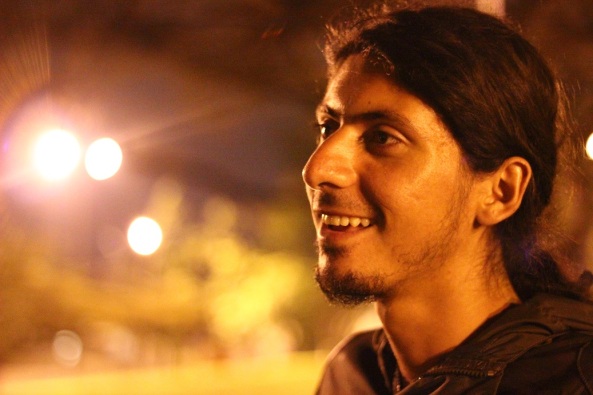 Oscar and his art 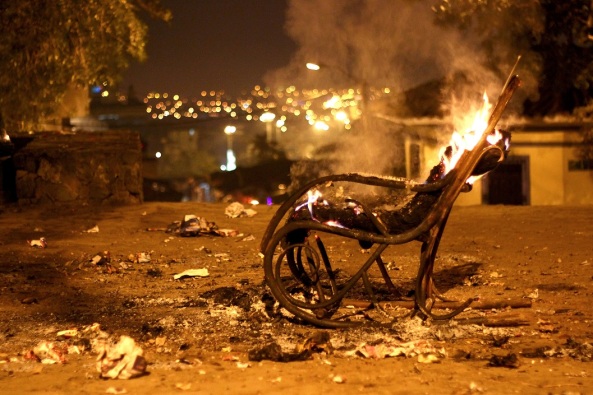 Apperantly it’s a tradition to burn furniture on New Year’s eve, a way of getting rid of old bad memories from people who died, if I got it right (no guarantee though, I was pretty tipsy after all, eh)

I now had my camera and was gonna get out of that concrete jungle the next day. Oscar admitted he was kinda sick of Cali and asked if he could tag along, destination wasn’t that important and with my mind wide open I said yes. Por que no?! So, the next day we stood there with our backpacks on our backs and out thumbs in the air once we reached the highway and eventually took off – the very first day of the brand new year. 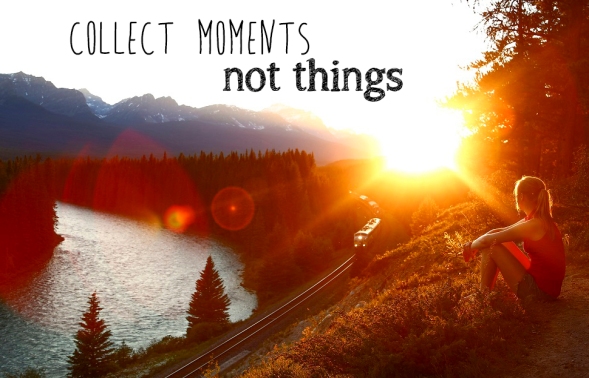 © All images published on this site are the property of the blog owner Sara Lindström (unless anything else stated) and may not be reproduced without her permission. If you have any questions or wish to use any photo, then please send an email by using the contact form to discuss use and costs, if any. Thanks. 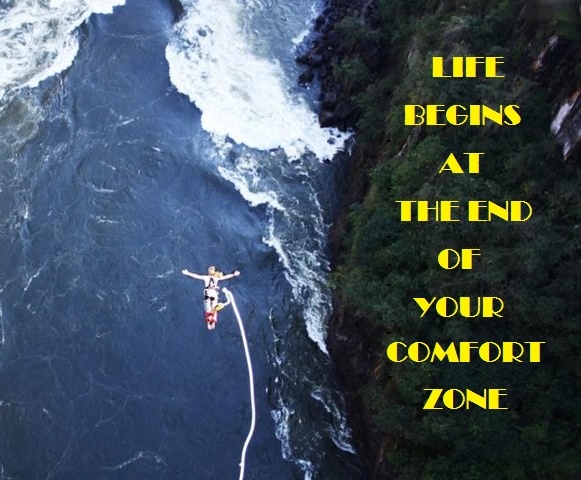 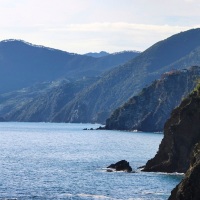 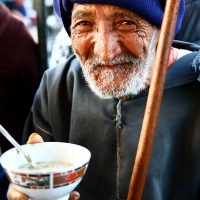 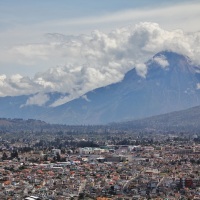 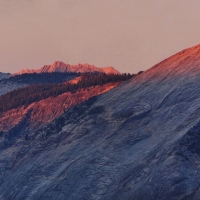 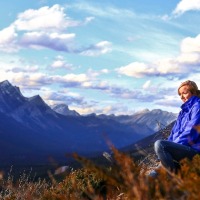 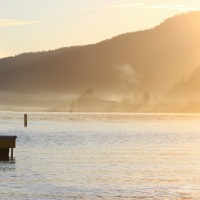 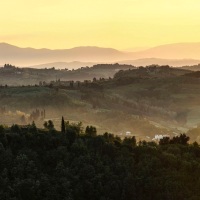 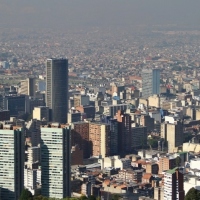 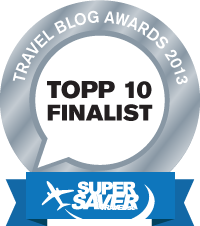